In the science-fiction adventure "Sunburned: The Solar Flare that Silenced the Internet" by Jake Blake, a massive solar storm and coronal mass ejection disrupts the Earth's electromagnetic field, causing widespread disruption to our modern electrical and communications infrastructure and affecting every person in every country on earth.

Could a solar storm really cause such damage? A coronal mass ejection or CME is an enormous release of magnetically charged plasma ejected from our sun. If a large enough CME came into direct contact with the Earth, this proton storm could disrupt our planet’s magnetosphere or natural geomagnetic shield, temporarily disabling everything electronic, similar to an electromagnetic pulse (EMP) created by a nuclear blast.

If you are reading this, a solar superstorm has not yet destroyed all technology.

A 2008 study and workshop report by the National Research Council found that the United States is unprepared for such an extreme and rare solar event. Damages to electrical transformers and high-voltage, long-distance electrical transmission lines could take months or years to repair. Many vital communications satellites could be permanently damaged.

What is the likelihood of such an extreme solar event taking place? Should I be worried? We are still learning about solar activity and currently have no reliable methods of predicting extreme events, just as we cannot accurately predict earthquakes or volcanic eruptions. The next “big one” could come tomorrow or in 1,000 years. The largest CME on record occurred on September 1, 1859 and is known as the Carrington event, named after the English astronomer and observer Richard Carrington. That storm created spectacular auroras and disrupted early telegraph lines, but as electricity had yet to be widely adopted, the damage to our electrical infrastructure was negligible.

How can I be prepared? It is always smart to have an emergency kit handy with several days worth of food and water, medical supplies, candles and extra cash in case the power goes out for a few days. Should electricity be absent for several weeks or months, an emergency kit might not be enough. Long-term power disruptions require a lifestyle readjustment to one that is not dependent on electricity. You will need access to a continuous and reliable supply of food and clean drinking water, and you should plan in advance to avoid heavily populated urban areas, where the demand for these resources is constantly stretched. Community and kinship are priceless commodities in life and should take priority.

Educate yourself. To learn more about space weather and Earth weather, visit the National Oceanic and Atmospheric Administration’s main website at www.noaa.gov and their Space Weather Prediction Center at www.swpc.noaa.gov.

NASA, the National Aeronautics and Space Administration, has a terrific website that provides a wealth of information on the U.S. space program, the International Space Station and various solar monitoring satellites, including the Solar Dynamics Observatory (SDO), Hinode, the Advanced Composition Explorer (ACE), the Solar and Heliospheric Observatory (SOHO) and STEREO (the Solar TErrestrial RElations Observatory). 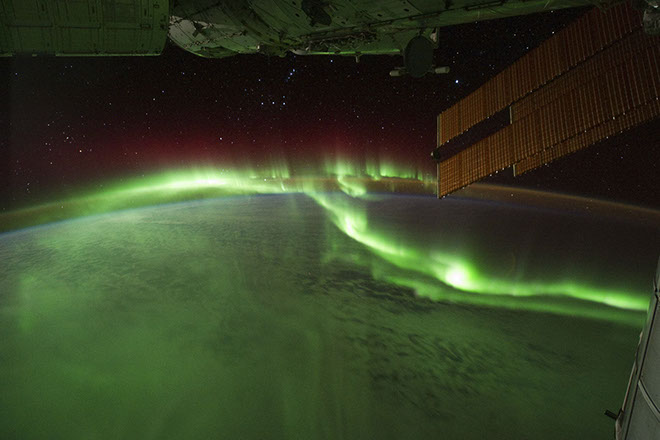 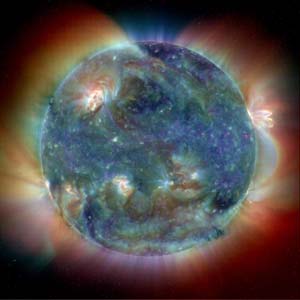 Solar storms in the news:

The New York Times had an article in the March 19, 2013 issue about prediciting solar weather and the havoc that an extreme solar storm could wreak on our civilization. http://www.nytimes.com/2013/03/19/science/space/on-the-watch-for-a-solar-storm.html

National Geographic has an excellent June 2012 cover story on solar storms that can be viewed here: http://news.nationalgeographic.com/news/2011/03/110302-solar-flares-sun-storms-earth-danger-carrington-event-science/

Space.com has a story about preparing for solar storms here: http://www.space.com/15324-solar-storm-earth-surprise-attack.html

Publisher’s note: The above links are intended for informational purposes only and do not constitute an endorsement of Morgan Online Media LLC or the solar superstorm novel "Sunburned: The Solar Flare that Silenced the Internet" by Jake Blake.