The crew members of the Fleet Explorer Clarion are each extraordinary, so brilliant that their contributions are coveted by the very civilization that produced them. The medical officer suspects the mission is a ruse to discard them all into the unyielding darkness of uncharted space. And if the deep black doesn’t destroy them, their survival is threatened by a tyrannical captain.

By a catastrophic accident, they are marooned just out of reach of a virgin world. With a stowaway who also helped elevate the character of their sentience, they face an adversary as deadly as unquestioning faith and as promising as genuine love.

"Dark Exile" is available as an e-book for $4.99 at Amazon, Barnes&Noble, iTunes' Books and Google Play. It is also available in a handsome paperback at Amazon for $14.99. Shop now links are affiliated with Amazon Associates and we earn from qualifying purchases. 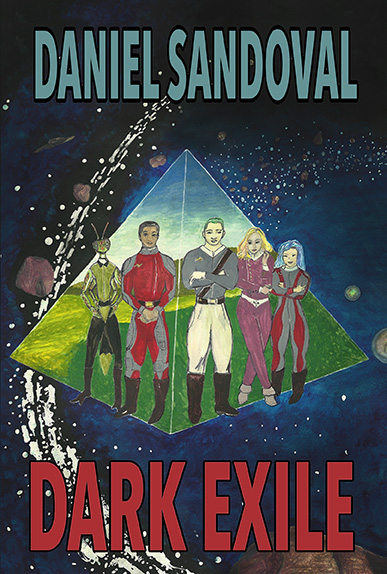 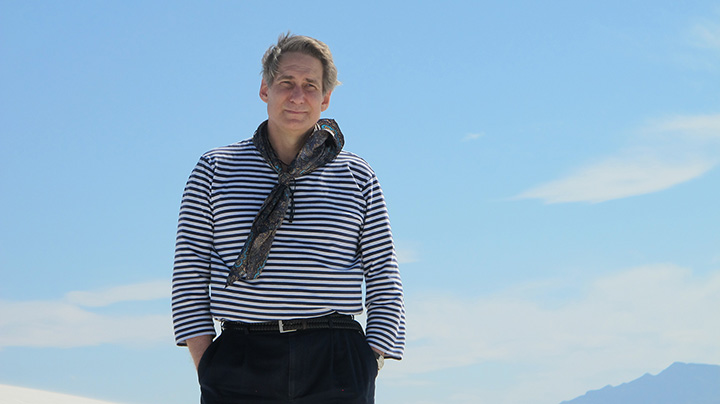 Photo of the author by Jude Sandoval, Copyright © 2015.

Daniel Sandoval has had versions of this story haunting his fevered mind for decades, and the only way to placate a frustrated muse is to manifest something, to entangle her with at least the threads of what may lead to fulfillment. Whether these lines weave a snare or tapestry, ultimately, it matters not, for the story is told and he is freed to his next literary campaign.

While telling this tale, the author sought other pursuits, as when he married a woman his equal in will and spirit and intellect—an arrangement not entered into by the fainthearted. And Mr. Sandoval continued his tenure as an elected official of a city in the western United States.

This is his fourth published novel, and his first work of science fiction, should he be pressed to label its genre. As with all his books, they defy categorization. This is also a romance, a character study, and a theological essay.

Daniel can be reached at daniel.sandoval@morganonlinemedia.com.